I found this compelling article on Xavier’s blog. He generously gave me permission to mirror it here, which I am doing because I think it contains a lot of important lessons. Thanks, Xavier.

It was a balmy Sunday morning several years ago, and Little Darling had been saving her dollars and cents for a GameBoy. I am a man of the pinball generation, and I have little appreciation of video games. I see the results they build in skilled hand eye coordination among the younger laproscopic surgeons, compared to the surgeons of my own age strata, but still, I resisted buying her the toy. When she proudly announced she had the funds herself, I relented. Better to teach her the benefits of thrift than the tyranny of a father my wife told me. So, before church, we took off for Wal-Mart. She had her little purse of greenbacks and I had a 1911 under my sportscoat.

Inside the mega-store, she waited patiently as an employee summoned a manager and the manager found the keys to the locked case of video toys. No, we could not take it to the front to check out, so the milk my wife wanted would have to wait. I glanced impatiently at my watch. Little Darling stepped proudly up to the counter and counted out her money. After taxes, she was eighty-seven cents short, and tears welled up in her eyes. I fished the change out of my pants pocket. 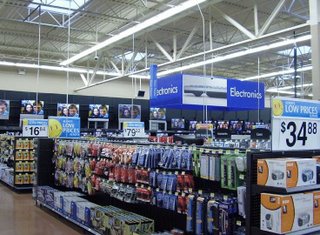 Time was short as we made our way to the front of the store. I cringed as I approached the greeter at the door with a bag in my hand. Thankfully, the elderly lady ignored me and we exited the first door into the foyer. I became vaguely aware of two scruffy young men behind us as I stopped to look for traffic in preparation of entering the parking lot. They stayed behind us, rather than coming alongside.

I handed Little Darling her bag and took her hand as we began to negotiate the maze of parked automobiles. I glanced back and saw that the two young men had spread apart, one on either side of us and to the rear. That is when I felt it. They had matched my stride and were circling me. Like an antelope, I knew I was being stalked by jackals, only I did not know why. Time was accelerating at head pounding speed, and Little Darling, blissfully unaware, was along for the ride.

I saw our vehicle and began to approach it, but I wanted to be certain. I walked past, and cut between two unoccupied SUVs, grabbing a shopping cart to block the path from my front. The man on my right turned towards me and cursed as he saw his path was blocked by the cart jammed between the two vehicles sideways. I spun and drew my pistol from it’s holster, keeping it at low ready, facing off the other young man who was quickly approaching me from behind. My thumb had already snicked off the safety and Little Darling, confused, peered from behind me.

It seemed an eternity looking into the menacing, sneering face of the hoodlum who had began his approach from my rear. He sized up the man with the gun, a little girl behind him. I heard nothing to my rear. Not a word was spoken. Then “God damned mother fucker…….” he snarled as he sauntered away. I said nothing. I couldn’t. I turned to the rear, shoving Little Darling to the side. Nobody was there. I pivoted back around, my gun still at low ready. Nobody. I waited between the SUVs. Within seconds, a mother with her child in tow strolled past. I took my daughter’s sack, as well as her her little hand, and used my remote to unlock my Jeep’s doors two vehicles away. I held my pistol in my right hand, concealed underneath my jacket and left arm as we made our way to the vehicle. 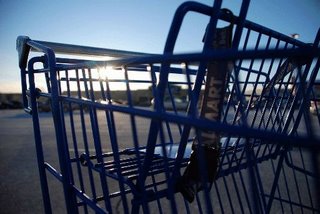 I made Little Darling enter the driver’s side and told her to crawl over. As she scurried past the console, I followed and locked the doors behind us. It was clear behind us as I started the engine. Then a green Cadillac paused behind us. I was trapped. The blue haired lady waited a moment in her Caddy, and then pulled forward. I took the opportunity and quickly backed out. I drove to an area of the parking lot that was empty for at least 75 feet all around us. I left the motor running.

I opened my cell phone and struggled to call the police. My fingers were still suffering from the loss of fine motor skills. When the cruiser arrived, I kept my hands visible and waited for the officer to ask me to exit my vehicle. The officer asked for my identification, and I presented my driver’s license and my carry permit. At his request, I shut off my engine and got out of the Jeep. My knees were weak. I shuddered as I told the officer my story. I did not know why I was being herded and stalked, but I explained that I knew what was happening and felt it deep in my bones. I had been prey. I told him I had drawn my weapon. He asked if I was still armed, and I said yes. “Good,” he replied. God I love Louisiana sometimes. He never asked to see my gun. He made out a report, which I gladly gave to prevent accusations of “a man with a gun” in the Wal-Mart parking lot. With a smile he told me I was free to go. 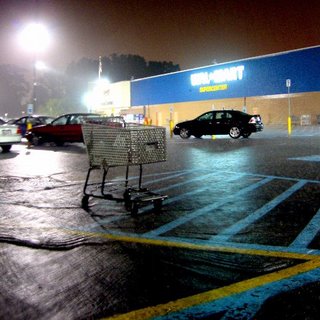 Through church and over the next few days I was perplexed. Why would a man of my stature, a fit six foot one, be chosen as prey by two criminals? I could not understand it. Those kind of things happened to the elderly, women, the weak. They did not happen to big guys with crew cuts and broken noses. Hell, most of the time, all it took was a cold professional stare to change the direction of young men. Was my world changing? Was I getting older? Did it show? Or were the cretins becoming bolder? I was dumbfounded. I did not know why I was singled out as prey, and it bothered me. I began to grow apprehensive. I could not change it unless I knew why, and I was still going into the worst of neighborhoods to provide nursing service. Were these thugs targeting me specifically? Did they know me? Had I unwittingly crossed into some unknown gangland pissing grounds? God damn it, did they want my child?

I doubled my awareness, and I slept lightly for two nights. Then, on Wednesday, as I was changing the dressing on Miss Eleanor’s abdominal surgical wound, Judge Judy was blaring on the television. Two idiots were arguing over a GameBoy as though it was a bag of diamonds. It was then that everything became clear to me. The two thugs could not steal a GameBoy from the locked case inside the Wal-Mart. I remembered them being present looking at CDs while Little Darling and I waited on the manager to open the locked display case. They had waited for a customer to purchase the object of their lust, and then followed the customer out of the store to score. My little girl’s life and my own life had been threatened for a damned toy. The idiots had not planned on risking their own life, however. The jackals had unwittingly encircled a lion.

That was the last time I drew my weapon in fear of my life. I still feel that my life and my little girl’s life was at risk. While they may not have willingly killed for a toy, these criminals had no compunctions about starting a fight and possibly pushing a child into traffic to get a damned electronic toy. My world had not changed, but the world around me had. I relaxed a bit, and I released the knots in my stomach. I knew my selection as a victim had been the result of a specific action, not because of a perceived weakness.

Still, it was a lesson reaffirmed. We never know when or why an attack might commence. We do not know what lengths others might take to obtain that which they deem valuable. It is impossible to predict any and all contingencies. Because of the differences between people, and the dangers that result from those differences, we can only be prepared to protect ourselves and our children, at any time, by any means necessary.